Adolf Hitler’s Reich: A Photographic Record of the Creation of Greater Germany 1933 to 1940. By Wilhelm Utermann and Hellmut Holthaus. Published by Baldur von Schirach. The first and only English translation of the 1940 book published as a Christmas gift to German youth, designed to map out and record the earth-shaking events of the previous eight years. Important events from each year are highlighted, focusing on the major social, economic, political, and territorial reforms which led to the creation of “Greater Germany.”

Events highlighted include the creation of the Reich Labor Front, which eliminated unemployment; the Four-Year-Plan, which made Germany independent in almost all raw materials and led the world in scientific endeavor, and the events which led up to the invasion of Poland and France.

“The pictures in this book tell of the eight years of the creation of our Greater German Reich. That which language fails to project, is forcefully captured in images and moments of those great days. In this sense, this picture book, ‘Adolf Hitler’s Reich’ is presented as a historical record of our time. When we leaf through it, we will remember what was, and we will ask ourselves: what is such a short time ago? And we know: it is not a dream, it is everything; everything is German reality! So this book, published in the present time, must be kept for future times. Again and again, we must look at it again. In the decades to come, we will perhaps have a fuller understanding of what great things have happened when we look at these pictures.”— From the Introduction.

This is not a “photocopy” but a perfect digital copy made from a German-language original, reproduced to the highest quality possible. It contains 148 ultra-rare and often never-before-seen photographs. 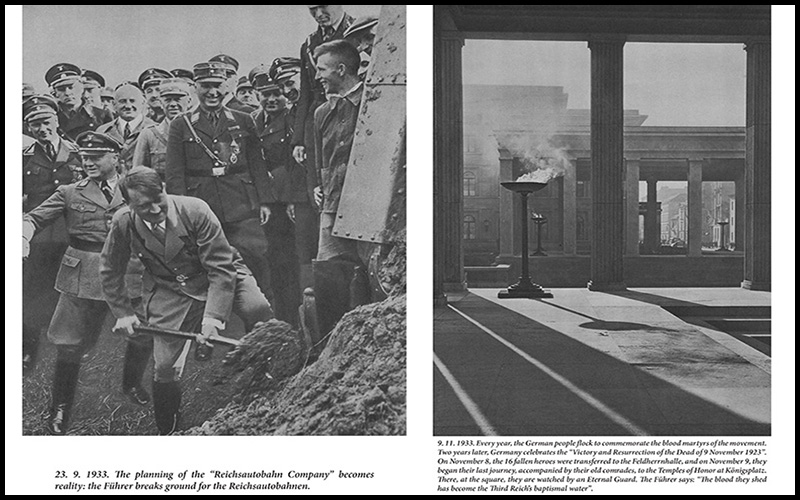 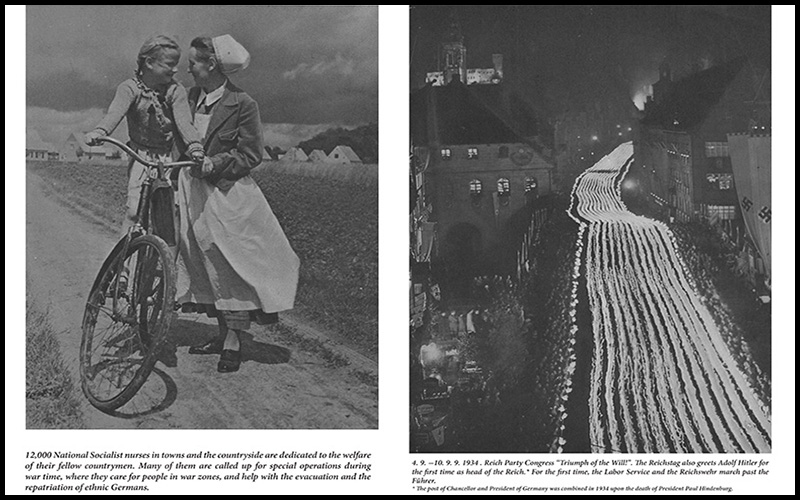 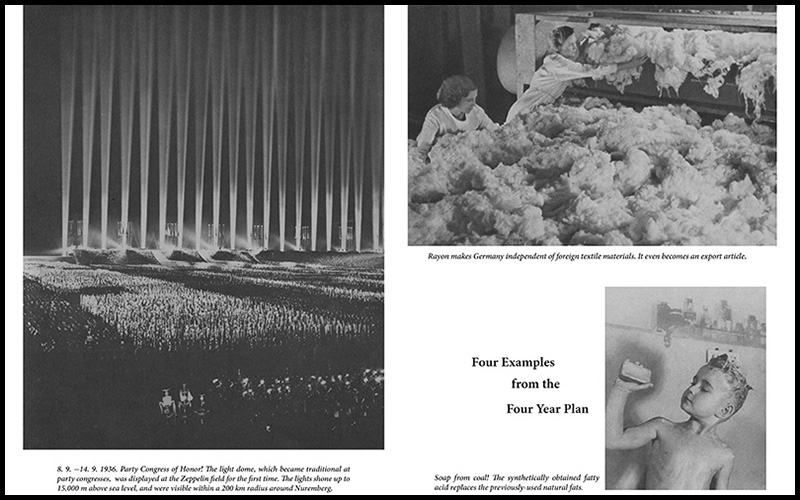 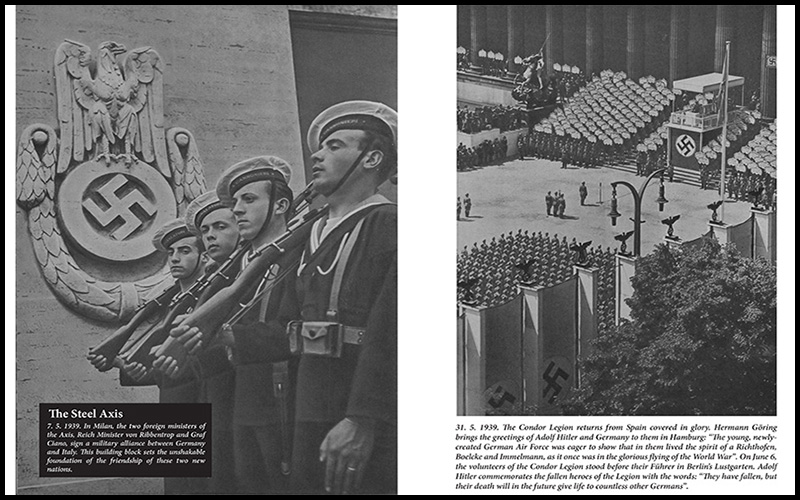